There are a number of circumstances that could lead to deportation or removal. There are a number of strategies we can employ to help you avoid deportation, such as obtaining political asylum, cancellation of removal, voluntary departure, adjusting your status to permanent residency, or attaining a waiver or pardon under the Immigration and Nationality Act.

U.S. citizenship is obtained by one of two ways: birth or naturalization. Unless you are born in the United States, or your parents were United States citizens at the time of your birth, you are required to go through the naturalization process to obtain citizenship. At Bustamante Law Group we will help you file important documents, review your citizenship application, handle any issues or problems that may arise, and prepare you for your interview with the USCIS.

The purpose of the provisional waiver program is to reduce the amount of time U. S. citizens are separated from their immediate relatives (spouse, children and parents) who are in the process of applying for lawful permanent residence. The process allows applicants to apply for the provisional unlawful presence waiver while they are still in the United States and before they leave to attend an immigrant visa interview abroad in their countries of origin.

Asylum can be granted to individuals just arriving in the U.S. or to people who are already physically in the country. If you are arriving in the U.S., you may ask for asylum at the port of entry (i.e. airport, seaport, border crossing, etc.), or if you are already in the U.S. you or your attorney must prepare and file an I-589 form (Application for Asylum and for Withholding of Removal) within a year of your arrival, whether you are residing in the country legally or undocumented. Furthermore, in order to be granted asylum, you must present sufficient evidence or show proof that you were persecuted, or are at risk of persecution should you return to your home country. You can apply for asylum affirmatively by filing the application and initiating the asylum process, or you can seek asylum as a defense to pending deportation proceedings.

K-1 Visas permit U.S. citizens to bring their foreign fiancés into the United States in order to marry.

K-2 Visas are available for your fiancé’s children who are under the age of 21 and not married.

E-1 Visas: Treaty Trader Visas
E-1 visas are issued to foreign nationals who wish to enter the United States in order to engage in a “substantial trade” between their country of origin and the United States. The trade refers to the international exchange of goods, services, money, and technology.

E-2 Visas
E-2 visas permit foreign nationals to enter the United States in order to direct and develop a commercial enterprise or business in which they have invested or are in the process of investing, a substantial amount of money or capital. Foreign nationals wishing to obtain E-2 visas must be a citizen of a country with which the U.S. has a treaty of commerce. Although there is no specific dollar amount required under U.S. immigration laws, the investment must be “substantial” and cannot be marginal. An investor can also buy an existing business or create a new business in the U.S.

EB-5 Visas
The Employment Based Fifth Preference Category, or EB-5, was created to attract foreign capital to the United States in order to create more job opportunities and benefit the U.S. economy. In order to qualify under the EB-5 category, foreign investors must:

Invest $500,000 in a new or existing U.S. business or commercial enterprise that is in either a rural area or an area with a high unemployment rate, or

Invest in a U.S. government designated Regional Center, and

Prove that the investment will somehow benefit the U.S. economy

There are a variety of USA work visas available to individuals seeking to come to the United States to work. At the Bustamante Law Group, we provide comprehensive legal services to those wishing to obtain the following types of work visas:

H-1B Visas: Professionals in Specialty Occupations
H-1B visas allow professionals to come to the United States to work in a field that requires a specialization or a special skill. In order to be granted an H-1B visa, the applicant must have at least the equivalent of a U.S. bachelor’s degree, and the job that they are applying for must require at least a bachelor’s degree or its equivalent. The applicant must also have a sponsoring U.S. employer that is willing to hire the applicant temporarily, pay him/her the required wage, and file a petition with immigration.

H-2B Visas
H-2B visas permit business owners to hire foreign workers to perform seasonal, peak-load, intermittent, or one-time only work that is non-agricultural. Business owners and employers must prove that there are no U.S. workers available or willing to do the job. Similar to the H-1B visa, applicants need a U.S. employer to sponsor them and be willing to pay them the required wage.

L Visas: Intra Company Transfers
Under an L visa, foreign-based executives, managers, and employees with a specialized skill can be transferred to a division, affiliate, subsidiary, or parent branch of an international company in the United States. The L visa is very popular as it provides a work permit to the spouse of the transferred foreign worker and can ultimately lead to a green card in the U.S.

R Visas: Religious Workers
R visas are issued to foreign religious workers who wish to temporarily enter the United States. A religious worker is considered a person who is continually engaged in an activity that is related to a traditional religious function, such as nuns, monks, cantors, liturgical workers, brothers, religious translators, missionaries, catechists, etc.

TN Visas: Mexican and Canadian Workers
TN visas are available to skilled workers from Canada and Mexico under the North American Free Trade Agreement (NAFTA). TN visas permit Canadian and Mexican citizens to temporarily enter the U.S. to work in a NAFTA approved occupation. TN visas are often used by Canadian or Mexican nationals to avoid the H1-B cap or other difficulties with the H1-B category. 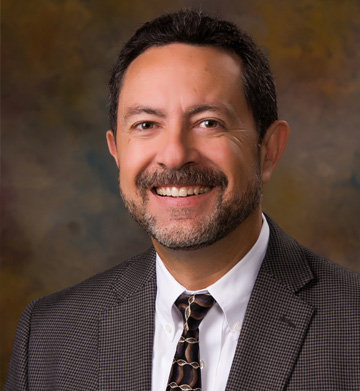 Biography
William Bustamante has the credentials and previous work experience to help those in need of legal assistance accomplish their goals. In 1988, William received his Juris Doctor from the University of Iowa and joined the Miami-Dade County’s Public Defender’s office the same year. During his first years as a lawyer, he worked as an in-house attorney and title officer at a title insurance company. In 1990, he established his law office, The Law Office of William Bustamante, where he represented clients in Real Estate, Wills and Probate, Family, Bankruptcy, and Small Business Corporate Law. As a means to help the general public, William hosted a weekly radio program answering consumers’ legal questions regarding real estate, bankruptcy, wills and probate law. For a few years thereafter, William worked in several law firms handling REO properties and foreclosure homes.

As an attorney, William Bustamante has always been committed to providing clients with the most up-to-date information, and his commitment continues today. He has helped clients navigate the complex legal issues concerning property, estate, family law, and business.

William Bustamante has more than thirty years of direct experience in business, real estate, and estate planning. He and his team strive to provide representation that saves clients money, time and peace of mind.

Hiring a lawyer is a very important decision that should not be based solely on advertisements. Before making a decision, ask us to send you written information about our credentials. 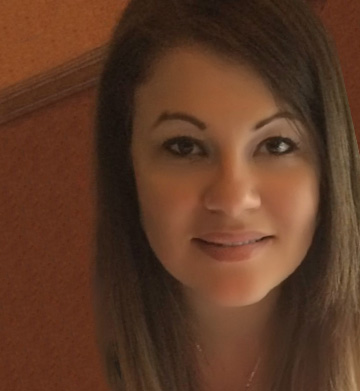 Biography
Having seen both sides of the judicial process after working as an attorney and a judge, Patricia knows how to meet clients’ needs. Her career began in Bogota, Columbia where she worked as a judicial assistant and then as a First Circuit Court Criminal Judge. She graduated from University of Santo Thomas de Colombia first in 2003 with a J.D, then as a Specialist in Administrative in 2005 and Criminal Law in 2006.

When she arrived in the United States, her passion to help others fueled her career in Florida, where she graduated in 2013 with a L.L.M in International Law from Stetson University College of Law. She graduated with Honors in Immigration Trial Advocacy and received an International Program Fellowship. She joined The Bustamante Law Group in 2014 where she assists individuals and small businesses with real estate, estates, and business planning.

Patricia understands that U.S. immigration law involves a highly complex system of intricate and multi-layered statutes, regulations, administrative materials and policies, which are subject to frequent change. She has the depth of knowledge in the nuances of the immigration processes, as well as an understanding of the political climate and other external issues that often influence immigration law.

Her extensive experience guiding individuals through a wide range of immigration documents, including L-1 visa petitions, H1-B, TN, and Labor certification. If you have questions regarding documentation and filing of non-immigrant and immigrant visa applications, waiver, Vawa law for abuse victims, asylum, refugee, removal defense cases, you should contact The Bustamente Law Group for a detailed analysis. She strives to offer unwavering and dedicated service to all clients and treat each matter with the zealous advocacy that is needed.

Hiring a lawyer is a very important decision that should not be based solely on advertisements. Before making a decision, ask us to send you written information about our Credential.

Due to growing concerns related to the community impact of the Coronavirus (COVID-19), our office is conducting business remotely.

We’re Here For You
Our Team is available to assist via WhatsApp, Calls or Email, Monday through Friday from 8:00 AM to 5:30 PM (Eastern).

Has the COVID-19 crisis interrupted your business? If you have business insurance, let a lawyer review your policy, for free.